A newborn baby was diagnosed with Sturge Weber Syndrome – a rare genetic disorder affecting 1 in every 50,000 newborns – by the doctors at Thumbay Hospital Ajman and successfully underwent two surgeries each in both the eyes 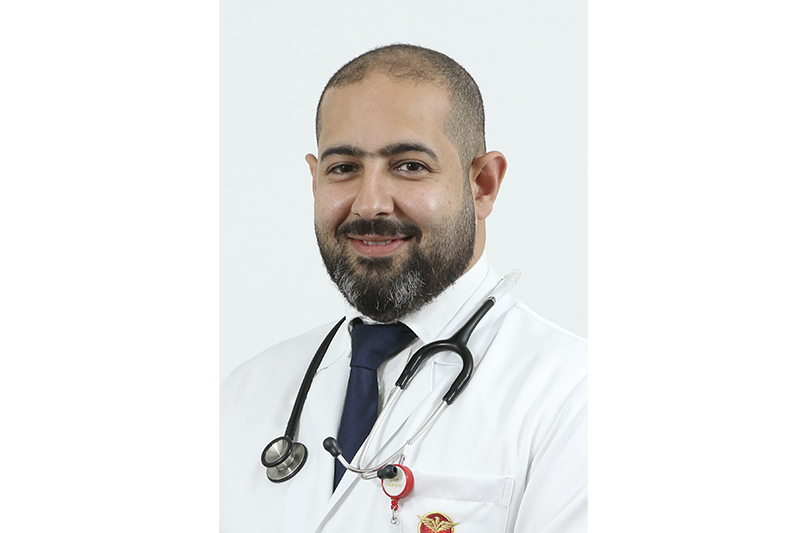 A rare disorder believed to affect 1 in 50,000 newborns, Sturge Weber Syndrome’s exact cause is not known, but it is related to gene mutation. It usually causes dermatological effects like a mark of the face usually referred to port wine stain, neurological effects usually in the form of seizures and eye disorder usually linked to glaucoma.

The one week old baby’s condition was first detected by doctors of Thumbay Hospital’s NICU, who alerted Dr. Ahmed as soon as they noticed clouding of the cornea, with symptoms indicating Sturge Weber Syndrome.

Detailed examinations revealed that the baby had stains on both sides of the face and the body, not a typical symptom of Sturge Weber Syndrome. What was even more alarming was that both the eyes of the newborn had elevated pressure inside, causing clouding of the eye. This too wasn’t like the typical glaucoma that comes with Sturge Weber, usually affecting only one eye.

After discussions with the pediatric neonatologist and the neurology specialists, and after performing all the necessary investigations to confirm the diagnosis, the team led by Dr. Ahmed decided to examine the newborn under general anesthesia to detect the exact pressure and the degree of glaucoma. At the same time, the parents were counseled and informed that if the examinations revealed manifestations of glaucoma, surgery would be performed to treat it and to try and preserve as much vision as possible, as waiting without taking action could result in severe impairment of the newborn’s vision.

After getting the parents’ consent, doctors of different departments of Thumbay Hospital, Ajman met and planned the surgery. The team examined the baby and confirmed high pressure in both eyes, with the typical symptoms of Sturge Weber glaucoma. Subsequently, two glaucoma surgeries each – trabeculotomy and trabeculectomy – were performed in both eyes. The patient was admitted for the next few days and kept under close observation until the pressure in the eyes normalized and the cornea started to clear again.

“Performing four surgeries (two on each eye) in one go, on a 7-day-old baby was a very tough decision to take and needed a lot of confidence from everyone; from the parents to begin with and from the pediatric neonatology team and the anesthesia and surgical teams. We had never seen a similar case before, where bilateral Sturge Weber induced glaucoma had to be operated on at such an early age. I am glad we could help this baby pass this very rough and critical time,” said Dr. Ahmed, commenting on the case and the complex procedure.